In an economy where steady cash flow is key, the name of the game for gold miners is increasing production.

But due to falling demand in key markets, many firms have slashed spending budgets and halted growth in output. These include major gold producers like Barrick Gold, GoldCorp, and Newmont Mining — all of which are expecting flat or declining output this year.

A handful of smaller companies, however, have endured the harsh sting of the global economic downturn and are increasing gold production levels in 2009. Below is a brief list of five Canadian gold stocks that are still expecting an increase production this year. 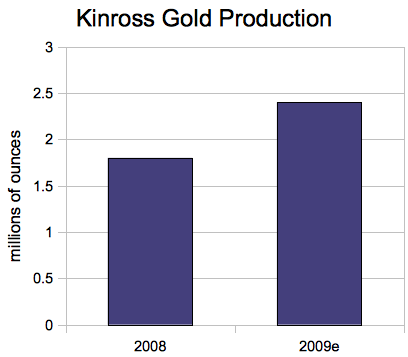 Kinross is mining gold from 11 operations on three continents — a total 45.6 million ounces of gold reserves. In 2008, the company produced 1.8 million gold ounces. This year, they expect production to increase as much as 33% to 2.4 million ounces. 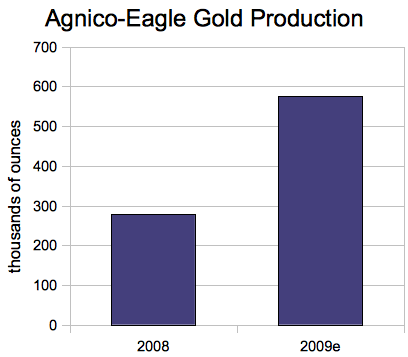 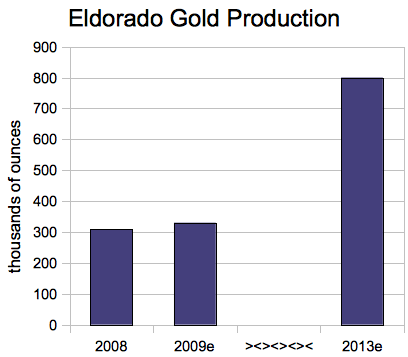 With 7.6 million ounces of gold reserves, Eldorado Gold is a Canadian-based gold miner active in exploration and development in Brazil, China, Greece, Turkey, and surrounding regions. Last year, output reached 309,000 ounces of gold. This year, the company believes gold production will increase 7% to 330,000. By 2013, the goal is to produce in excess of 800,000 ounces of gold annually. 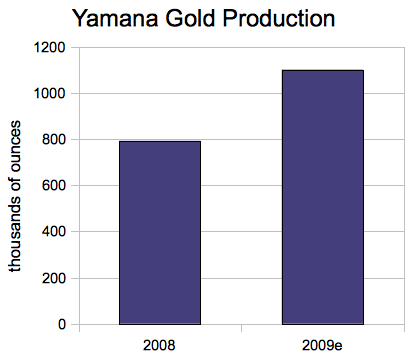 Yamana has six core gold mining operations in North and South America that contain 19.4 million gold reserve ounces. In the past 12 months, Yamana has ramped up gold output by 29% to 244,000 ounces. In total, the company expects to increase gold production to 1.1 million ounces this year, a 39% increase over 2008 levels. 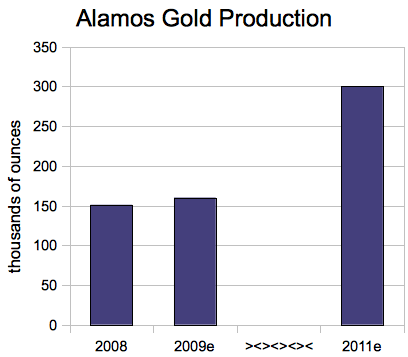 Alamos Gold is an intermediate gold producer focused on its Mexican Mulatos Mine, which has 2.0 million ounces of gold reserves. In 2008, the company produced 151,000 ounces of gold. This year, they expect total gold production to slightly increase to 160,000. By 2011, Alamos expects production to double to 300,000 gold ounces.
Gold companies with growing production and revenue have a better chance at survival in today's turbulent economy.

These five survivors have already proven their ability to weather the storm of worldwide economic turmoil, while increasing gold production. And with gold prices now rising over $1,000 an ounce and higher, these are just a few stocks poised for explosive growth.

Today's survivors will be tomorrow's leaders.