The Bigger They Are, the Harder They Fail

You know him as the guy who charged San Juan Hill, founded the first national parks, built the Panama Canal, sent the Great White Fleet around the world, and the last American president to break up too big to fail (TBTF).

You have to be a big Teddy fan.

The guy know how to get stuff done... 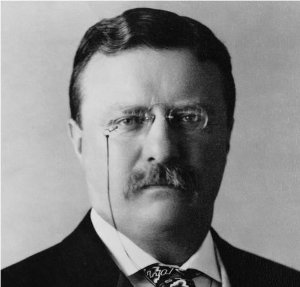 He created the bully pulpit. He was also the guy who enforced the Sherman Antitrust Act (1890).

You see, T.R. believed Wall Street financiers and powerful leaders in industry were acting in a way that would result in a popular revolution — tar and feathers, beheadings, riots, that sort of thing...

The captains of industry were building mansions like the Biltmore, eating off fancy China, and generally acting like the robber barons they were. The elite were the elite; they made theirs and closed the door behind them.

Rent Is Too Damn High

Rent-seeking, according to the Financial Times:

Rent-seeking is a culture in which the principal route to wealth is not creating wealth, but taking possession of or benefiting from wealth created by others.

This takes many forms. On Europe’s oldest highway, the Rhine river, the castles on rocky outcrops date from the time when bandits with aristocratic titles extracted tolls from passing traffic. In poor countries the focus of political and business life is often rent-seeking rather than wealth creation. That helps explain why some countries are rich and others poor.

Rent-seeking can be affected through rake-offs on government contracts, or the appropriation of state assets by oligarchs and the relatives of politicians.

I Want My Free Market

Don’t get me wrong; I’m a free market capitalist. I believe that, given an even shot — heck, given a 30-to-70 chance — I’ll beat most schmucks to the winners' table.

But we don’t have an even shot.

We have an oligarch system of rent-seekers matched with a socialist government bent on keeping control at all costs.

Favored victim classes get socialist assistance and the government can destroy you without due process.

(Hmm, I’ve heard that somewhere before...)

By all accounts, Roosevelt knew little about Wall Street or high finance. When the market crashed 50% in 1907, he was said to rejoice.

Recoveries Before Bailouts: Not So Different, but Less Expensive… 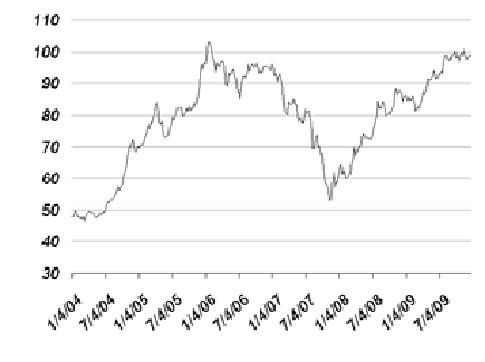 T.R. was born into the aristocracy, but worried about the large divide between rich and poor.

First, he believed the continued exploitation of the public could result in a violent uprising that would destroy the grand experiment of American democracy. Second, those in charge of industry believed themselves superior to the elected government, and thus posed a real threat to the presidency.

As president, Roosevelt went on the attack. According to USHistory.org:

The President's weapon was the Sherman Antitrust Act, passed by Congress in 1890. This law declared illegal all combinations "in restraint of trade."

For the first twelve years of its existence, the Sherman Act was a paper tiger. United States courts routinely sided with business when any enforcement of the Act was attempted.

For example, the American Sugar Refining Company controlled 98 percent of the sugar industry. Despite this virtual monopoly, the Supreme Court refused to dissolve the corporation in an 1895 ruling.

Instead of inviting him to rip off the public by shutting down the Keystone Pipeline and benefiting from his railroads (Obama/Buffett), T.R. took on the most powerful man in the country: J.P. Morgan.

Along with Rockefeller, Harriman, and Hill, Morgan owned the Northern Securities railroad trust (as well as the majority of railroads in the United States), which acted like a monopoly, jacking rates to prohibitive levels.

The public was behind the president. The Supreme Court agreed — and then dissolved Northern Securities Company.

Roosevelt said confidently that no man, no matter how powerful, was above the law.

This is a laugh line today (see: Corzine).

Too Big to Fail (TBTF)

Four years ago, during the financial debacle of 2008, you were told the largest banks in the U.S. were too big to fail...

That if we let them fall under their own overreaching arrogance and stupidity, we would be heading for another depression.

The spin was that if our big banks went under, it would create a chain reaction that would bring down the whole financial system. There would be chaos in the streets. The Dow would crash. U.S. debt would triple. Real estate prices would plummet. Cities would go bankrupt. Forty-six million people would be on food stamps. Drones would kill us from the stratosphere.

In 1998, the top ten banks in this country controlled 55 percent of all banking assets.

Today they control 77 percent of all banking assets.

These banks are leveraged to the hilt with off-balance sheet derivatives that have yet to come home to roost.

Nothing has been fixed or changed. In fact, things have gotten worse.

The downside is the same people are running the asylum. The same banking management is still in place — only more centralized and more tied in with Washington, D.C.

And as J.P. Morgan's recent whale trades tell us, they are just as inclined to bet the house on a whim.

Neither Romney nor Obama have spoken about this — nor have any plan to solve it. To them it’s a feature, not a bug.

They are part of the problem.