Metals are becoming more and more interesting to watch in recent times, especially from an investment standpoint. While gold and silver have been in the news as of late, now copper is being talked about for the first time in a while.

According to Bloomberg, copper prices have been heading towards the second monthly loss in a row, which puts the metal at its lowest point since the end of 2011. This comes at a time in which gold has actually been climbing for the longest time in six months.

Analysts believe the efforts of Cyprus to prevent the collapse of the nation's economy has had a significant impact on the current interest in gold, although this is not the only factor at play.

Copper is an industrial metal and is mostly used in applications such as tubing and wiring. One of the major reasons hedge funds have shorted copper and instead shown interest in gold is there is currently a rather large surplus of copper, with approximately 5 months of North American demand simply waiting in the wings. 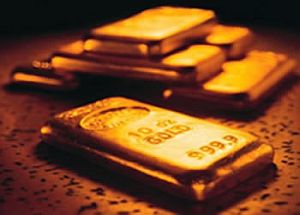 The London Stock Exchange is currently sitting on 565,350 tons of copper, according to Bloomberg, which accounts for a 77% jump in just the past year. A second annual surplus has been forecast by Barclays Plc.

A European hedge fund known as Marshall Wace has revealed a short position of .5% against copper, according to Value Walk.

Odey Asset Management has also listed a short on Kazakhmys plc (LON:KAZ) (HKG:0847), which is a copper mining and production company. These shorts may not seem entirely significant, but they show a growing trend against copper, moving gold back into bearish territory.

The bullish approach to gold comes at an interesting time. Until recently, investment analysts had a bearish approach to gold based upon a number of factors. For one, the price of gold has been decreasing as of late, which has caused many analysts to wonder whether or not the commodity is likely to see a good year in 2013.

In addition to this, speculation over whether or not gold price fixings have been manipulated in recent times has jumped into the public eye. After the Libor Scandal, UK banks (which have a major influence over the daily pricing of gold) have come under fire for their participation in the manipulation, and many are concerned that this may also be happening to the pricing of gold at the moment.

Gold is not the only commodity that has been given a bullish approach as of late. Corn has seen an increase in interest, which comes as a result of the fact that some are worried the grain is in short supply and may continue to be for a period of time.

Natural gas has also seen an increase, most likely a result of cold weather in the U.S.

The demand for gold, however, came mostly as a result of Cyprus’ possible financial collapse, something that the island is desperately trying to keep from happening.

Copper is being affected in a number of negative ways at the moment, which is one of the main reasons hedge funds are taking a bearish approach to the metal. On top of the fact that there is currently an overwhelming stockpile of copper available, interest from China has decreased as of late.

Because China is one of the world’s most industrious countries, a decrease in copper interest actually had a dramatic impact on the metal’s ability to succeed in the market.

Another issue comes as a result of of Europe’s debt crisis. Since the continent accounts for approximately 18% of the world’s copper production, fears that Europe’s debt crisis could have a negative impact on global growth have put the metal in an even worse light.

As it stands right now, predictions regarding copper and gold are on-point with what is currently happening. Gold is seeing more and more interest as an investment tool, while copper stockpiles continue to increase at the same time as a decrease in interest.

Whether or not hedge funds are right about where copper goes will be seen over the course of the next year or so, although precious metals will be more than worth watching for some time after that.