Bill Gates and His $644 Million Yacht

When it comes to conspicuous consumption, nothing comes close to billionaires and their boats.

Famous hyper-rich mariners include late tech magnate Paul Allen, whose 414-foot expedition yacht, Octopus, doubles as a research vessel; Sheikh Khalifa bin Zayed Al-Nahyan, president of the United Arab Emirates, whose 590-foot Azzam currently holds the title of the world's longest private vessel; and Russian oligarch Roman Abramovich, who owns not one but an entire fleet of mega yachts worth a combined total of well over $1.5 billion. 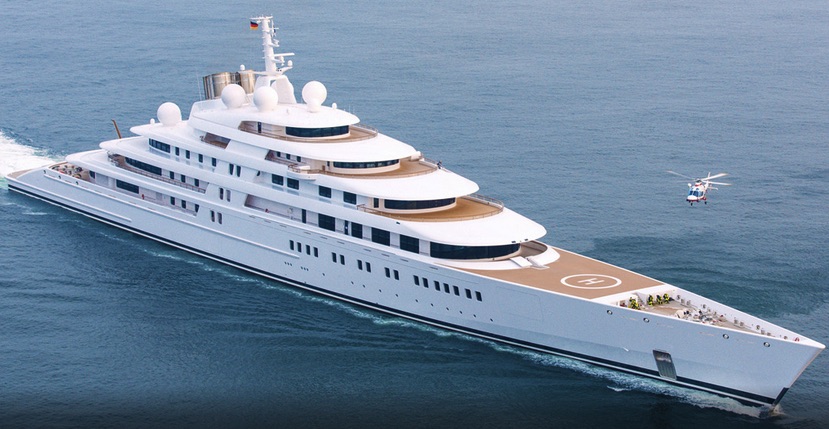 Last week, however, rumors circulated that Microsoft co-founder and retired tech tycoon Bill Gates joined these rarefied ranks with perhaps the most insane pleasure boat of them all.

At "only" 370 feet, the boat pictured below is nowhere near the biggest. 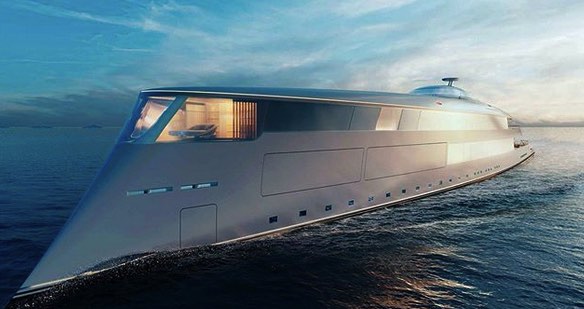 In fact, it's about two-thirds of a football field shorter than Sheikh Khalifa's Azzam, but, at a reported cost of $644 million, it's easily in the top five in terms of price.

But why so much money for so little displacement?

The reason is characteristically Bill Gates through and through: technology.

Saving the World, One Electron at a Time

You see, this boat doesn't burn diesel and isn't powered by the wind like the rest of the world's most expensive private vessels.

Instead, it gets its motivation from hydrogen fuel cells — a zero-emission energy source that many of the world's top scientists and engineers have predicted will supplant fossil fuel as the premiere power plant for road going vehicles.

The entire thing is, in essence, a big, gleaming science experiment.

Of course, the yacht isn't all business.

Within its fiberglass hull, its pampered occupants will be able to enjoy a cascading swimming pool, a gym, spas, movie theaters, a helipad for convenient travel to and from shore, and just about everything else one would expect from a five-star resort.

Created by the Sinot Yacht Architecture & Design firm, the 370-foot ship, codenamed "Aqua," will have a range of greater than 3,700 miles at a speed of 17 knots — about average for mega yachts of this size.

However, with hydrogen fuel cells producing all of the necessary onboard electricity, this boat's only byproduct will be pure H20.

It Makes Everything Before It Look Like the Titanic

Typically, ships of these proportions burn between 1,500 and 2,000 gallons of diesel per day at cruising speed, with the biggest of the breed consuming up to $1 million worth of fuel every three weeks.

Now, to anybody who knows anything about Bill Gates, all of this should sound pretty suspect.

Yes, he's worth north of $100 billion, and therefore could afford a toy this expensive with the same ease that most of us can afford a modest vacation, but the fact is that extreme spending on luxury items has never been this man's schtick.

Since retiring, Gates has spent most of his time and money working on things like affordable, stand-alone sanitation systems for developing societies, portable water filtration systems, and medical research.

In fact, since retiring from Microsoft, giving back has been a far greater focus for the tech pioneer than blowing large sums on high-profile self-indulgence.

The Bill and Melinda Gates Foundation, which the couple founded in 2000, now has an endowment of more than $46 billion, making it the largest private foundation in the world.

Something Doesn't Add Up

Gates, along with his billionaire buddy Warren Buffett, also founded The Giving Pledge, a campaign that encourages the world's richest individuals to donate the majority of their wealth to philanthropic causes.

At last count, more than half a trillion dollars has already been earmarked through this organization.

So yeah, given all of these facts, rumors of a floating mansion seem to be founded on rather shaky ground to say the least.

Not surprisingly, just days after news of this futuristic private ship made the rounds, the company behind it went on record denying the story altogether.

“The hydrogen concept Aqua is not linked to Mr. Gates (or his representatives) in any form or matter,”  said Sinot Yacht Architecture & Design in a public statement earlier this week. “Sinot has no business relationship with Mr. Gates.”

Though the concept does exist and may well be available to well-heeled buyers in the coming years, chances are you're not going to see the world's third-richest man giving interviews about the latest zero-waste toilet on its decks anytime soon.

Hydrogen fuel cells, however, remain a major prospect as the power source of the future.

The benefits are enormous and in many ways superior to anything available in today's electric vehicles.

Remember, that Tesla you've been wanting to get your hands on still gets its charge from a common power plant generator.

In the U.S. and across the world, more often than not, that generator is still being turned by coal or natural gas. 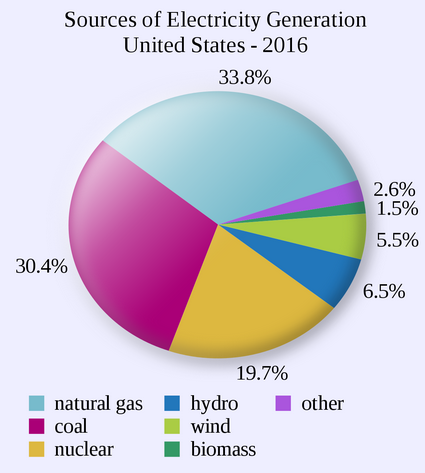 The hydrogen fuel cell effectively sidesteps this entire stage and leaves nothing but pure water vapor in its wake.

This technology used to be the stuff of science fiction, but today it's coming close to commercial reality.

So nevermind the big, public demonstrations of wealth.

Because a few years from now, this revolutionary tech might be what gets you to work and your kids to school.

Never Satisfied: The Bizarre Beginnings of EV Dominance
For anyone left unconvinced that electric motors are inherently superior to the ICE, at least in the passenger car application, here are some facts that you might want to consider. Wealth Daily editor Alex Koyfman discusses why the future of vehicles is electric...
Buffett's Envy: 50% Annual Returns, Guaranteed
Warren Buffett once told investors at an annual shareholder meeting, "...it's a huge structural advantage not to have a lot of money. I think I could make you 50% a year on $1 million. No, I know I could. I guarantee that."