Behind Every Great Fortune, There Is a Crime

It’s a big week for the country.

Slated to go into effect January 4 and enforced by the Occupational Safety and Health Administration (OSHA), the mandate would apply to 84 million workers across some 2 million companies.

The royal decree immediately received blowback from thousands of U.S. companies, with many filing preemptive lawsuits.

It’s unclear what results the administration is looking for with this mandate, especially since we’re all going to be gathering for the holidays.

Many worry the arbitrary 100-employee figure and testing requirements will get phased out, resulting in a flat vaccine mandate.

Now, I’m no anti-vaxxer, and I researched the vaccine in depth before getting the jab.

But freedom-loving people don’t like draconian restrictions, and even Biden’s own party is slowly turning its back on him.

A recent NPR poll found that just 36% of Democrats and left-leaning independents want Biden to run for reelection, while 44% want someone to run in his stead.

Don't worry, though. Biden has a solution...

Our arrogant and self-serving (for the most part) leaders in Washington think that spending more money — a $1.2 trillion investment in ourselves, they say — will fix everything.

The Infrastructure Investment and Jobs Act passed with a 228-206 vote. Biden said this weekend, “Generations from now, people will look back and know this is when America won the economic competition for the 21st century."

But the Congressional Budget Office estimates it could add $256 billion to the nation’s $29 trillion in unserviced debt over the next 10 years.

Maybe it’s a good thing she lets her husband handle her estate's investments — in sectors that she controls, no less… Insider trading at its finest.

I’ll talk more about that in a minute.

In theory, all the new jobs created with the bill will help the economy.

But some more basic math shows some troubling figures.

There are already more jobs than job seekers in the country. We’ve got 9.6 million job vacancies with 8.3 million unemployed.

Creating better jobs out of thin air won't lead to those jobs being magically filled. These are skilled labor jobs that take years of experience to master.

Our roads and bridges won’t get any better if we have thousands of unskilled laborers on the job.

But don’t worry, OSHA — the same people who will enforce the vaccine mandate — will be there every step of the way to ensure worker safety.

To paraphrase French novelist Honoré de Balzac, behind every great fortune, there is a crime.

And the more I follow the fortunes of our keepers in Washington, the more I believe that sentiment.

Everything you see from the mainstream media is carefully constructed to give you the sense that those in power are acting in your best interest.

But if you follow the money, you’ll begin to see the cracks forming in Washington’s foundation.

And if you know where to look, especially during times of government and economic expansion, you too can make a pretty penny.

Let’s grab some low-hanging fruit and go after the speaker of the House.

While the poor and middle class in the U.S. have suffered through a deadly pandemic, decreased wages, job losses, and inflation, Pelosi and her husband, Paul, have increased their net worth from $114.7 million to $315.8 million.

They’ve got a good little operation going, because Nancy doesn’t actually own any stock, according to her spokesperson. She can simply tell her husband all the inside information she knows and he can act on it.

For example, over the years, Paul has received dozens of invitations to favorable initial public offerings (IPOs), which are very exclusive and usually reserved for company insiders and family members.

He participated in Visa's (NYSE: V) IPO, one of the largest in history. According to documents signed by Nancy, Paul purchased 5,000 shares at $44.

If that wasn't enough to raise some eyebrows, a bill was making its way through the House that would have penalized credit card companies for their swipe fees, costing Visa in particular billions of dollars. Fortunately for Paul, the legislation just so happened to be blocked by Nancy. As for Visa, its stock rose 45% two days after Paul’s purchase.

And in June of this year, Paul made $5.3 million exercising Alphabet (NASDAQ: GOOG) call options just before the House Judiciary Committee voted on antitrust regulations to break up Big Tech (he didn’t want to get caught holding the bag if the stock went down).

Even more telling of the Pelosis' insider trading is when Paul exercised $2 million worth of Microsoft (NASDAQ: MSFT) call options on March 19, right before the company announced a $22 billion deal to supply the U.S. Army with its HoloLens headsets.

Now, here's where you come into all of this. These stock trades are all available to the public. When trading stock or bonds, company insiders must file a Form 4 with the SEC, institutional investors must file a form 13F with the SEC, and members of Congress must submit a financial disclosure report with their respective offices.

Sifting through the financial disclosure reports this week, I found some interesting buying activity.

Delaware Sen. Tom Carper recently purchased Snowflake (NYSE: SNOW), a company incorporated in Delaware. Think he has some inside knowledge since he’s a senator there? The stock is on a tear, up more than 18% for the month.

Again, while the poor and middle class suffer, our so-called leaders are profiteering.

Luckily, the American people are getting wise to the idea of making money in the stock market.

The percentage of Americans who traded stock rose during the pandemic, largely due to stimulus. In May, CNBC reported, “People earning between $35,000 and $75,000 annually traded stock about 90% more than the week prior to receiving their stimulus checks.” 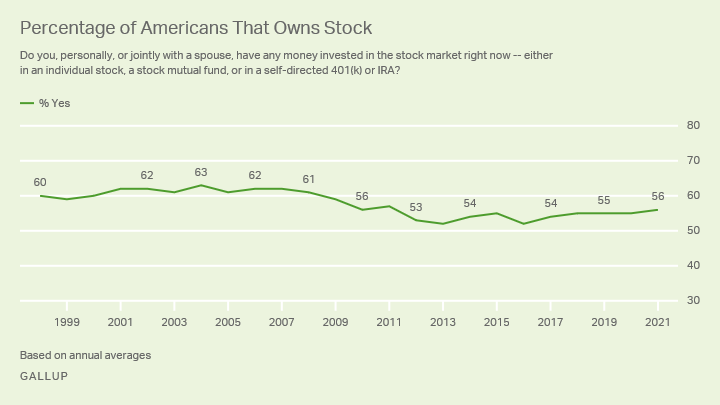 Unfortunately, many retail traders put money into securities that they don’t understand.

So with all this extra money sloshing around the economy, it pays to know where the smart money is going.

As you can tell, I like following insider transactions, institutional (smart) money, and congressional trading because those people aren’t in the business of losing money. They’ll purchase stock only if they believe it will go up.

Following the insiders can give you confidence and peace of mind. Not to mention, you can usually get in for less than the insiders paid!

But it’s not enough to blindly follow the insiders. You also need to read company financials and follow other indicators like volume that can tell you the most opportune times to buy. After all, they've got money to lose; we don't.

I’ll be covering my insider investment strategy in the pages of Wealth Daily in the coming weeks and months, including companies I’m watching and anomalies I’m seeing in the market.

There's been some big news for cryptocurrency in these last few weeks.

First, we had the October bull market that’s continued into November. Crypto slid a bit to start the month only to come roaring back. Ethereum and Bitcoin hit all-time highs this week of $4,800 and $68,000, respectively.

Musk reiterated what we’ve known for years: that government-backed currencies promote a monopoly of violence, one that takes power away from the people. Crypto puts the power back into our hands.

Dorsey said he hopes crypto will lead us to living better lives and obtaining world peace.

Institutions keep buying into digital assets, so it’s hard not to pay attention to this trend.

MicroStrategy (NASDAQ: MSTR) CEO Michael Saylor believes Bitcoin is the only hope, buying more of the coin last week. Saylor says he’ll continue using his company’s cash, debt, or equity to buy the coin, as he believes it will go up forever. MicroStrategy now controls $7 billion worth of the coin.

Analysts are chastising Saylor because he’s getting high on his own supply. You don’t want to tie up your business assets in Bitcoin, especially since it’s going to correct any day now.

The market's become so oversaturated that it's hard to know where to look anymore.

So if you’re like me and need clarity on which cryptos to buy, this presentation about six coins that could outpace Bitcoin and explode in value at any moment could point you in the right direction.