We've all heard of communication satellites.

They were invented in the late 1950s with Sputnik, the world's first satellite, which was launched by the Soviets in 1957 and transmitted a basic electronic beep

These objects stayed in orbit by maintaining orbital velocity — about 5 miles per second — which allowed them to outrun the power of Earth's gravitational pull and remain in perpetual free fall.

Launched in 1962, the world's first commercial communication satellite, the Telstar, was a relatively low-tech, gas-filled sphere made of paper-thin Mylar. 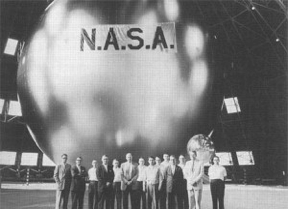 Despite these modest beginnings, communication satellites forever changed the way people send and receive information, allowing for instantaneous trans-global communication without the need for cables or relay stations.

Satellites have become remarkably diversified since those early days, growing more and more specialized as they took on tasks ranging from high-resolution photography to weather analysis.

They have, however, remained limited by some very profound drawbacks — namely, the costs of getting them into orbit, the costs of repairing them in the event of malfunction, and the costs of manufacturing sensitive electronics capable of withstanding the extremely hostile environment of space.

Well, today, a new alternative is about to come into its own, and it's a technology with the potential to change the world again...

They're called atmospheric satellites, and if the original orbiting variety seemed like science fiction, these machines will make them look downright common.

Not Your Daddy's Drone

Using giant wings to remain in the air, atmospheric satellites are actually airplanes — but aside from their outward appearance, they have little in common with the airliners you see in the skies every day.

First off, as far as winged aircraft go, they fly high... very high. With an operating altitude of 12 miles (about 60,000 feet), today's atmospheric satellites cruise at twice the height of standard commercial airliners — close to the operational ceilings of modern combat fighters.

Second, they carry no humans. Much like the reconnaissance drones we've come to know in the 21st century, these flying machines need no pilot. 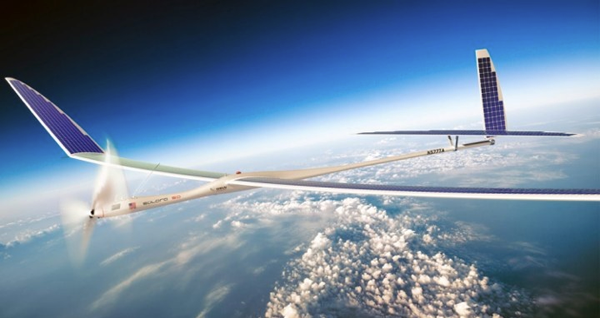 Unlike those drones, however, atmospheric satellites require little to no human intervention at all in the execution of their missions. They have preset routes and follow them autonomously, requiring the help of human technicians only for course corrections.

Finally, these high-flying robots don't use fossil fuels, preferring instead to run off the one resource all things living on Earth enjoy in unlimited quantity: the sun.

Because of this infinite fuel source, atmospheric satellites have the potential to stay aloft for very, very long periods of time... Years, in fact.

It is this indefinite flight time that qualifies them as satellites as opposed to simply unmanned air vehicles. Just like their space-borne brethren, atmospheric satellites will spend the vast majority of their lives very far from the ground.

So, all this sounds pretty cool and interesting, but the big question is: What's the utility factor here?

Well, one of the main drawbacks of low earth-orbiting satellites is that they zip from horizon to horizon far too quickly to allow for a consistent signal for any extended period of time.

Geosynchronous satellites — ones that fly so high that even at orbital velocity, they can remain fixed above a given point on the earth — fly at an altitude of about 26,000 miles, creating problems with signal degradation and, of course, cost of launch and maintenance.

But relatively low-flying, slow-moving, locally-operating atmospheric satellites can alleviate most of those problems and do things like provide low-cost, wide-area-effective internet access to people and places that would never have had it before...

Places like Central Africa or the Siberian Tundra, for example.

Right now, a company called Titan Aerospace is developing two prototypes for just such a machine.

Called the Solara 50 and Solara 60, both machines feature giant wingspans of close to 200 feet — as large as the wingspan of a Boeing 767 jet — and the ability to cruise around in an extremely low-wind region of the atmosphere called the tropopause (5 knot average wind speed) — about 65,000 feet above the ground — for up to five years at a time.

Using the Solara platform could cost less than $2 million, according to a 2013 Forbes report. Dustin Sanders, Titan's chief electrical engineer, said in the report, "We're trying to do a single-million-dollar-per-aircraft platform. And the operation cost is almost nothing — you're paying some dude to watch the payload and make sure the aircraft doesn't do anything stupid."

In 2013, Titan's Solara line was still in its prototype phase, but just this week, it took a major step towards realizing the dream of every tech start-up.

On Monday, April 14th, Google (NASDAQ: GOOG) announced that it acquired Titan Aerospace as part of its increasing focus on bringing internet service to the roughly 5 billion people who still lack it.

As this map plainly shows, the near-ubiquitous broadband availability that developed nations take for granted is still rare in most places and essentially non-existent in many.

This means there's still quite a bit of work to be done to bring online access to the remaining 80% or so of the world's population. 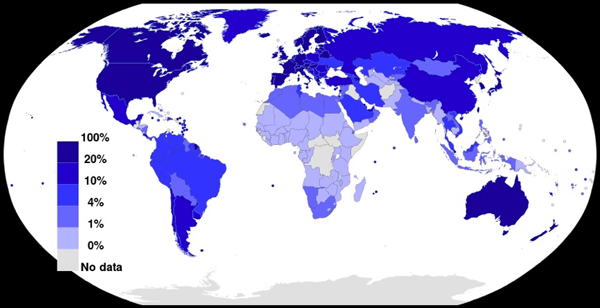 Google's own Project Loon was designed around a network of high-flying balloons that would offer much of the same functionality as Titan's Solara aircraft, making this initiative of the world's second-biggest tech brand a serious and committed one.

This is obviously very big news for the two-year-old aerospace firm, but it's even bigger news for what could be an entirely new subsector to the information technology industry.

“It’s still early days, but atmospheric satellites could help bring Internet access to millions of people, and help solve other problems, including disaster relief and environmental damage like deforestation,” said Google spokesman Tim Drinan in a statement yesterday. “It’s why we’re so excited to welcome Titan Aerospace to the Google family.”

After last week's market woes, Google stock has rallied more than 5%, going from below $520 to $550 per share in Tuesday and Wednesday's trading.

However, with the previously untapped opportunities this new technology will begin to open up in the coming years, it's clear there is still a lot of room for growth in information technology.