It seems like just yesterday the government shutdown ended, and here we are already talking about the debt ceiling again. But it’s essential because wise investors always look ahead and plan for future investments.

To refresh your memory, when the government shutdown ended, Congress and the House came to an agreement to pick up where they left off in 2014. 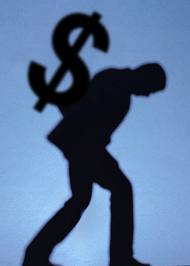 Since the government reopened, Congress’ negotiators have been trying to come up with a short-term budget deal. This deal could possibly put an end to fiscal cliffs for good. It could also stop the threats of government shutdowns and spending cuts.

House Budget Committee Chairman Paul Ryan and Senate Budget Chairwoman Patty Murray are in negotiations on a two-year agreement, which will:

It’s evident everyone wants to come an agreement, but no one can agree on one.

No Solution in Sight

Republicans really want to take money out of federal employee programs. Democrats are completely against it.

Instead, Democrats want to take money by ending tax breaks for corporations and wealthy Americans. But that’s not going to gain support from Republicans.

Without an agreement on these issues, another government shutdown could ensue despite pledges from congressional leaders that there won’t be one. We all know how that goes – we've been there and done that.

As soon as January 15th, sequester cuts will start. It is possible House GOP leaders will implement a stopgap spending bill, but we’ll see what happens.

There’s still time before there’s a real threat of a shutdown. The debt limit will stretch to February 7th, but the Congressional Budget Office believes the limit may not be reached until early next summer.

“People are still very uncertain about the economy and worry that it might go back into recession. Things like the federal shutdown and all of this wrangling in Washington over the debt ceiling aren’t helping. “

No one knows what will happen in 2014, but you can speculate that government shenanigans will have at least some effect on the market. In October, the government shutdown didn’t last long enough to cause too much trouble. This time, the markets will react in much of the same way. If the government takes too long to come to an agreement, there will be effects on Treasuries, but if it only lasts a short time, there won’t too much mess.

The biggest concern is missed or delayed payments in certain Treasuries. With that, money markets and repo markets may see high yields. This could lead people to seek Treasures with other securities, particularly those with interest owed on February 15th or February 28th.

Preparing for a Shutdown

So what should you do?

High yield bonds are better for stronger economies, so stay away from those as much as possible. The best investments for these uncertain times are short or medium term bonds (low duration).

The dollar won’t get any better in 2014, Samson Capital’s Jonathan Lewis, a currency specialist, tells U.S. News. That means this is your time to invest in commodities. Companies that get most of their income from overseas are the best to research for stock investments in 2014.

It’s not a bad idea to seek out investments abroad either. Look into global economies poised to make great gains because of good government leadership. According to the Miken Institute, seven out of ten of the fastest growing economies in the world are found in Africa.

As you diversify your portfolio next year, make sure you have a split of slightly more stocks than bonds (around 60/40). But be careful of how many equities you have in your portfolio. You should limit them the closer you get to retirement.

Speaking of retirement, if you’re over 50 years of age, invest much more into retirement as soon as you can. You will benefit with tax advantaged growth. The more you put away, the better you’ll fare in retirement. So make this a priority.

Just because the United States government is unsure of what to do with its finances doesn’t mean you have to be. Take these suggestions and start researching an investment plan for 2014.

Breaking Down the Debt Ceiling Fight
Congress is running out of time to reach a decision on the debt ceiling. But there are even more pressing issues facing the economy as well...
America's $200 Trillion Debt is Closing In
They say the national debt is more than $17 trillion. The truth is it's closer to $200 trillion. If you're preparing for retirement, and you plan on relying on Social Security and Medicare, you might want to reconsider...
Americans and Credit Card Debt
After watching older generations, America's youth has decided not to follow in their example, ditching credit cards and turning to other payment methods instead...
Buffett's Envy: 50% Annual Returns, Guaranteed
Warren Buffett once told investors at an annual shareholder meeting, "...it's a huge structural advantage not to have a lot of money. I think I could make you 50% a year on $1 million. No, I know I could. I guarantee that."