They say an economy is only as healthy as the state of its banks. If Bank of America’s latest financial report is any indication, America’s economy is back on track. 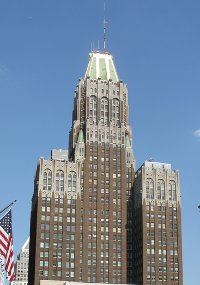 Thanks to continued cost-saving measures and healthier margins on interest, Bank of America (NYSE: BAC) almost tripled its net income in 2013 to $11.4 billion compared to just $4.2 billion in 2012, with its diluted earnings per share rising to 90 cents in 2013 from 25 cents in 2012.

“We are pleased to see the core businesses continue to perform well, serving our customers and clients,” Chief Executive Officer Brian Moynihan expressed his pleasure with the bank's report. “While work remains on past issues, our two hundred forty thousand teammates continue to do a great job winning in the marketplace.”

“We enter this year with one of the strongest balance sheets in our company’s history,” Chief Financial Officer Bruce Thompson shared his approval. “Capital and liquidity are at record levels, credit losses are at historic lows, our cost savings initiatives are on track and yielding significant savings, and our businesses are seeing good momentum.”

A closer look at BofA’s business activity gives us some insight into the state of the nation’s economy, particularly the condition of credit. While the report shows healthy signs for the most part, it does flash a warning sign in one very important area – the housing market.

Bank of America reported total revenue net of interest expense on an FTE basis of $89.8 billion in 2013, up more than 6.6 percent from 2012’s $84.2 billion. Almost half of that revenue – some 48 percent - was derived from interest, a welcome sign that banks are lending with gusto.

Much of interest-related gains were driven by lower interest paid to customer deposits, and higher commercial loan balances. However, lower consumer loan balances offset some of those gains.

Part of those savings, however, were offset by “higher litigation expense reflecting continued evaluation of legacy exposures largely related to residential mortgage-backed securities (RMBS) litigation”. In other words, it still has legal issues stemming from the 2008 financial crisis.

Five Out of Six Ain’t Bad

Bank of America breaks down its business into six segments, five of which reported increased revenue and net income while the sixth reported losses. In order of highest net income in 2013, these are (in billions of dollars):

Of all six segments, only one performed worse in 2013 compared to 2012, that being Global Banking.

This gives us a hint into which areas of the U.S. economy are strong, and which are weak, with consumer real estate continuing to struggle.

Helping the Consumer and Business Banking segment were an increase in average deposit balances (Americans are saving more), less interest paid on deposits, growing fees from increased mobile banking use, an increase in consumer spending using corporate credit cards, and fewer expenses due to reduced personnel.

Boosting the Global Banking segment were record revenues and banking fees, increased market share from 7.3 to 8 percent, increases in average loan and lease balances primarily in the commercial and industrial loan portfolio and the commercial real estate portfolio, increased average deposits due to client liquidity and international growth.

Aiding the Global Markets segment were improved sales and trading revenue, reputation – as BofA Merrill Lynch was named “No. 1 Global Research” firm for the third consecutive year by Institutional Investor, the strong performance of equity markets, and as stronger results in credit and mortgage products offset weakness in bonds and commodities.

While BofA’s Consumer Real Estate Services segment did lose money again, it did see an improvement over 2012. BofA funded $13.5 billion in residential home loans and home equity loans for nearly 50,000 homeowners during Q4 of 2013. As well, the number of 60+ days delinquent first-mortgage loans serviced by LAS during Q4 declined 18 percent over Q3, and 58 percent over Q4 of 2012.

Even so, the slowing of the housing market is becoming increasingly apparent, as Q4 of 2013 saw 46 percent fewer CRES first-mortgage originations than Q4 of 2012 for BofA, “reflecting a corresponding decline in the overall market demand for mortgages”, the report reveals. Core production revenue also declined over 2012 “due to lower volume as well as a reduction in margins resulting from the continued industry-wide margin compression over the past year”.

In other words, as housing purchases slow, banks need to lower their profit margins as they compete with other banks for what few mortgages there are.

This could be seen as an early indication that unless mortgage rates stop climbing, the U.S. housing market could experience a cooling-off period of slow growth in 2014.

Great strides were also made at BofA in improving its credit quality as a sound financial institution to invest in.

Fewer bad loans don’t just save the bank money, they also help the bank earn more money, since it can now free up cash reserves which can be put to work generating income. As a result of fewer bad loans, BofA was able to free up $4.6 billion in its provision for credit losses, and free up an additional $6.75 billion in its allowance for loan and lease losses.

“The reduction in provision was driven by improvement in the consumer real estate portfolios, primarily due to increased home prices and continued portfolio improvement, as well as lower levels of delinquencies across the Consumer Lending portfolio.”

So despite the slowdown in housing purchases and mortgages, at least we have a good sign in that the credit quality of both homeowners and banks are improving.

So how does Bank of America measure up to the other big boys in U.S. banking? Let’s compare BofA (NYSE: BAC) to Citigroup (NYSE: C), J.P. Morgan Chase (NYSE: JPM) and Wells Fargo (NYSE: WFC).

From an investor’s perspective, let’s use some basic comparisons of a bank’s efficiency with its money, and its ability to generate returns for its shareholders. (All figures in percentages, ttm – trailing 12 months.)

Profit Margin is the amount by which revenue from sales exceeds costs in a business.Operating Margin is the ratio of operating income divided by net sales.

Return on Assets shows how efficient a company is with its resources; how much in earnings it derives from the assets it controls.

Return on Equity measures a firm's efficiency at generating profits from every unit of shareholders' equity; how well a company uses investment funds to generate earnings growth.

Among these top four U.S. banks, Well Fargo has by far the best profit margins, and returns the most value to its shareholders. BofA, though still at healthy levels, is the worst of the four banks in three of the four metrics presented here.

So even though we could tip our hats to BofA’s management for a job well done in 2013, we should probably tip our wallets over toward the others, especially Wells Fargo.

Now we see why Warren Buffet likes it so much!