3D Printing and the Second Amendment

Over the past few months I've railed against corporatism and Big Government.

We've discussed how the most sophisticated financial systems (LIBOR) are a sham, and the bankers (HSBC, Jamie Dimon, Jon Corzine) with the best tailors are no better than a dark alley mugger.

We've talked about how what politicians, executives, and the media call glitches, errors, snags, and snafus is actually lying, cheating, stealing, and swindling.

I've shown how we as a nation have been marginalized by these powers... dumbed down, beaten up, homogenized, and forced to obey — often at the end of a barrel of one of their militarized boys in blue.

And I know you agree. The articles I've written in this space since rejoining Wealth Daily in July have been some of the most well received, commented on, and shared in our history.

But ranting will only get you so far...

And unless you're going to take the world on your shoulders, run for office, and change the system, it's sometimes best to accept what you cannot change.

You don't have to agree with it — but you do have to come to terms with the fact that both parties have continually failed, and that until there's a viable candidate who will not continue failed policies, the best you can do is take your future into your own hands...

Do what's best for you, your family, and your community. And be financially secure enough to make the perils of “the system” less dire.

Tangible assets like precious metals and real estate are an important component of that. But you can't forsake the stock market, as it's a valuable tool for leveraging the very trends we've been discussing.

Let me show you how with a tale of rights-seizing and high profits...

Over the next few weeks Cody Wilson was going to make his own gun from scratch. 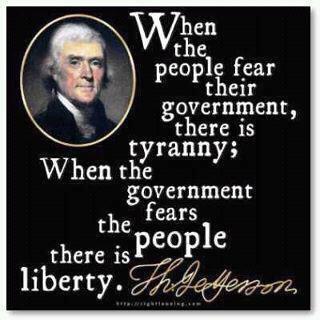 Developments in high-end design and manufacturing processes have brought the cost of doing this way down.

For a few thousand bucks, you or I can design and manufacture pretty much anything we want in our workshops, sheds, and garages.

The most important thing you need is called a 3D printer.

Once you have one, you can find designs on the Internet and print out almost anything you'd like.

Cody Wilson leased one. He planned to print out a pistol and share with others the know-how to do so. You know, because the right of the people to keep and bear arms shall not be infringed, and is necessary to the security of a free state.

But free no longer, you can imagine what your rulers and their enforcers thought about this idea. (Of course they knew about it: Civilian surveillance is up 64% under Obama after Bush opened up the rights-squashing gate with the (un)Patriot Act.)

Now, Cody is a second-year law student, so he's got a good grasp on his rights...

He knew he was well inside the law as long has he didn't try to sell his printed firearm. And it's certainly legal to share specs on how to do so.

But that didn't stop the company from revoking his lease and sending a team to confiscate the printer after sending a letter stating that it won't “knowingly allow its printers to be used for illegal purposes.”

You be the judge if they were leaned on by your government.

“They came for it straight up,” said Wilson. “I didn't even have it out of the box.”

And since it's legal (but what does that even mean anymore, when cops are punching and sicking dogs on peaceful protesters?) in the United States, Cody went to his local Alcohol, Tobacco, Firearms and Explosives (ATF) office in Austin, Texas, to ask for clarification...

Normally when you ask a cop if you can do something, it's a good thing on your part: He'll give you clarification so you an avoid any wrongdoing.

But when you're doing something that threatens the Establishment's power, you should expect a much different scenario. 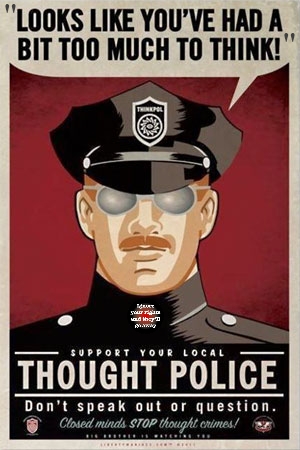 When Cody went to the ATF office to get clarification, it turned into in interrogation (no word on use of water boarding). He was brought into a room, questioned, and told the ATF would be sending officers to his apartment for an “investigation.”

The ATF even admitted it didn't think he had broken any laws. So in this case, “investigation” can be taken to mean “intimidation.” And isn't that cops' main job these days, strapped up with flat-tops, thigh holsters, and jackboots?

That's where this story stands for now, with one young man standing up to an oppressive government/corporate regime via any means possible.

Cody has hired a lawyer and plans to incorporate his project and apply for a federal firearms manufacturing license.

“We want everyone else to not have to do these things, so fine, we’ll do them, we’ll fool around with it, we’ll pay the thousands of dollars per year,” Wilson says. “It’s just disgusting. I hate that that’s the way it is, but that’s apparently the regulatory landscape.”

Indeed, there are many hurdles to jump through to exercise a right the constitution says “shall not be infringed.”

Aside from this issue is the broader story of 3D printing and the many more possibilities it opens up...

Consulting groups think it could put innovation back in the hands of the people and usher in a new era of American manufacturing.

Learn more about how this technology works — and how you can invest in it today.