1 Trillion Dollars, One Particle at a Time

Breaking through with Gold, Silver, and Platinum Tailings

If you thought shrimp and lobster were good only for eating, think again. These crustaceans are being used as water purifiers and even as gold prospectors. They’ll clean your water and pay you for it too. 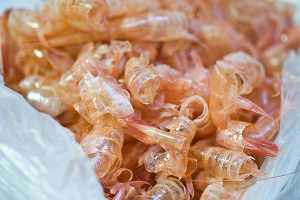 That’s what one Canadian biotechnology company, NanoStruck Technologies Inc (OTC: NSKTF) is hoping to use them for – to clean almost any contaminated water source imaginable, from the acidic runoff of mining operations to sewage to polluted water aquifers and everything in between.

“NanoStruck Technologies Inc. technology is centered in the use of physio-mechanical capture and removal of toxic pollutants in the wastewater stream,” the company explains at its website.

Not only can the purified water be reused “for irrigation, agriculture, domestic and potable drinking purposes,” but “by-products, such as iron, sulphate, copper, silver, zinc and other precious metals like dissolved gold, platinum and palladium… could be re-used for industrial purposes.”

But crustacean lovers won’t be denied their tasty little appetisers. NanoStruck is interested only in their shells.

“Scientists have known for years that this is a very effective answer in nature for water filtration,” said NanoStruck CEO Bundeep Singh Rangar, extolling the usefulness of the crustacean as a natural water purifier. “The shell around it is very effective as a filter in nature.”

Scientists at the University of Saskatchewan in Canada’s midwest have spent the past 8 years developing “absorptive organic polymers… derived from crustacean shells or plant fibers”. Now there’s a mouthful of shrimp.

Simply put, a polymer is a compound “made of smaller, identical molecules linked together”, consisting of “up to millions of repeated linked units”. Kind of like how a chain-link fence is made up of repeating linked units.

Organic, naturally forming polymers are found in “the tissues of organisms, and have extremely varied and versatile uses in industry, such as in making plastics, concrete, glass, and rubber.”

NanoStruck starts with these naturally occurring polymers and adjusts their molecular density - or spacing - to create biofilters “that remove molecular sized particles” from contaminated water.

“These could be [used] to clean out unwanted materials like acids, hydrocarbons, pathogens, oils and toxins in water… Or conversely, to recover wanted and precious metal particles in mine tailings, such as gold, silver, platinum, palladium and rhodium,” the company informs.

Perhaps the greatest single attribute of NanoStruck’s technology is how easily customizable it is to specific industries’ specialized needs. And the company has lost no time in bringing its technology to industries around the world, including:

• Landfills: “NanoStruck has signed a ten year contract with Hasars, a sanitary landfill owned and operated by Hasars S.A. de C.V that accepts domestic waste from Zapopan and the surrounding areas… to take leachate water from the landfill site and process into agricultural water, that can further be processed into distilled drinking water depending on clients needs.” “Currently the site has approximately 3.3 million tonnes of waste in place. NanoStruck has processed over 400 million liters of water to date at this site alone.”

• Tanneries: “In discussion with several tanneries in Mexico to sign long term contracts… to take their polluted water after the processing of hide and process the water so it can then be introduced back into their production.”

• Liquor producers: “In discussion with several Tequila manufacturers in Mexico to sign long term contracts… to take the water that has been used in the manufacturing of Tequila and process the water to be recycled back in production.”

• Sanitation: “Working with New World Sanitation in South Africa to introduce their SMARTSAN Sanitation systems… to drastically reduce impact on water usage in households, health and hygiene of the users, prevention of contamination and destruction of the environment, ground water resources and river systems due to sewage spillages.”

Trading on the OTC market since just last October, NanoStruck’s stock has been hovering in the 8 cents per share area lately, with just 78 million shares outstanding and daily trading volume of about 6,000 shares.

With a capitalization of just $6 million, this nano-cap is not yet making money, reporting just $7,000 in gross profit with total operating expenses of $3.4 million for fiscal year ended September 2013. But it does have $1 million in cash, total assets of $2.469 million, and total liabilities of just $629,000, leaving it in good shape to pursue its ambitious contract opportunities.

Yet there are various other companies in the business of salvaging precious and base metal particles from mining tailings and wastewater. Metal prices are still high enough to make such recovery projects quite lucrative.

For instance, at the Pueblo Viejo gold and silver mine in the Dominican Republic, 7 years of mining have left behind enough gold and silver flakes and particles in wastewater pools to enable PanTerra Gold (OTC: ERGTF) to recover 65,000 ounces of gold and 600,000 ounces of silver every year for 6.5 years – currently worth a total of $600 million.

International Silver (OTC: ISLV) has an impressive property of tailings of its own near Pioche, Nevada. The Caselton Tailings are estimated to contain over 55,700 ounces of gold and over 1.8 million ounces of silver worth more than $102 million.

Another salvager of precious metals specs and flakes is El Tigre of Vancouver, Canada (TSX VENTURE: ELS.V), which announced in a November 2013 press release that it would exercise its option “to exploit the extensive surface tailings which resulted from the former Lucky Tiger Combination Gold Mining Company mine in the Sierra El Tigre”, near Sonora, Mexico.

That it can get started with just $4 million in capital shows how remarkably inexpensive these extracting operations can be compared to the enormous rewards that can be had.

Now it is simply a matter of waiting to see which company posts the better returns from its tailings operations. Since each is using a different method of filtration, time will tell not only which company is the superior specs and flakes salvager, but also which system is the superior method.

Meanwhile, upstart NanoStruck will have to wait for its filtration plant in South Africa to open before the advantages of its “absorptive organic polymers” can be put to the test.

Which one do you have your money on? Me? I’d probably go with the shrimp. If it doesn’t work-out, at least I’d be left with something I could eat.